From January 17th to 18th Kay G. Hermann and Denis Poddubnyy headed to Houston, Texas, USA. At the annual meeting of the ASAS (Assessment of SpondyloArthritis – International Society) everything revolved around early diagnosis of and improved treatment strategies for axial Spondyloarthritis (axSpA), because grievous disease progressions with stiffenings and deformities are less common if diagnosed early. But what approaches do exist for sensitizing doctors in the area of diagnosing spondyloarthritis?

The term spondyloarthritis summarizes several rheumatic diseases. AxSpA is particularly affecting the sacroiliac joints and the spine, whereby various manifestations of the disease are differentiated. With the radiographic axSpA distinct changes in the bone structure, particularly at the sacroiliac joints, are visible on X-rays. This form of axSpA is also known as ankylosing spondylitis, more commonly as Bekhterev’s disease. The non-radiographic axSpA however is an earlier manifestation of the disease. Whereas the X-ray does not show structural damage to the bone yet, acute bone inflammation can be seen in the MRI already. Deep-seated back pains, which can present with morning stiffness, are the typical discomforts of early axSpA.

According to the latest research spondyloarthritis is not curable, but early therapy can alleviate symptoms and prevent damage to the bone structure. 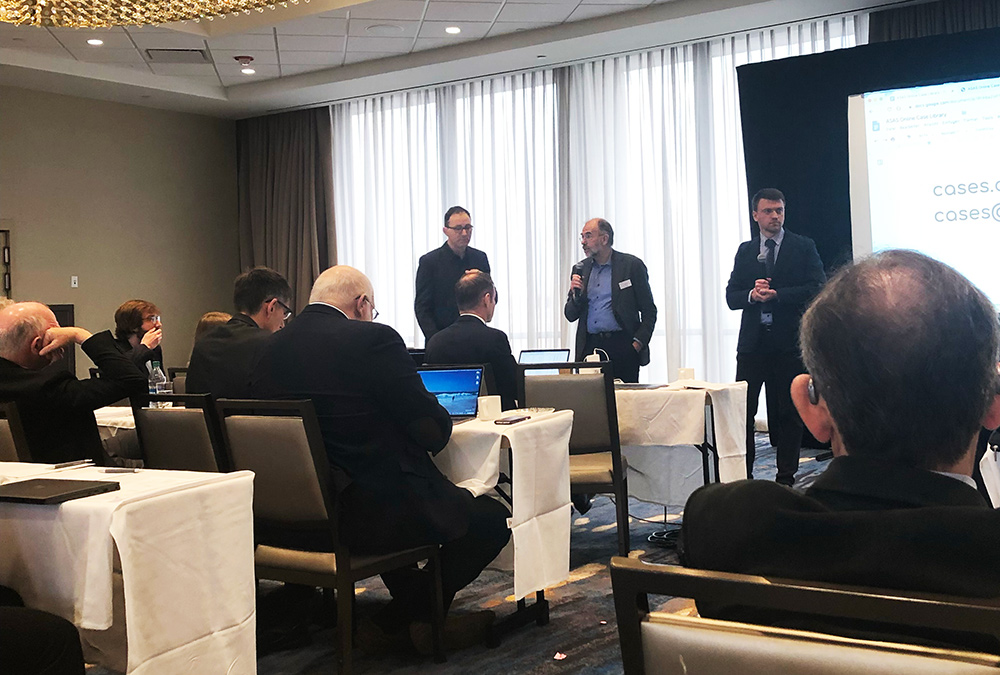 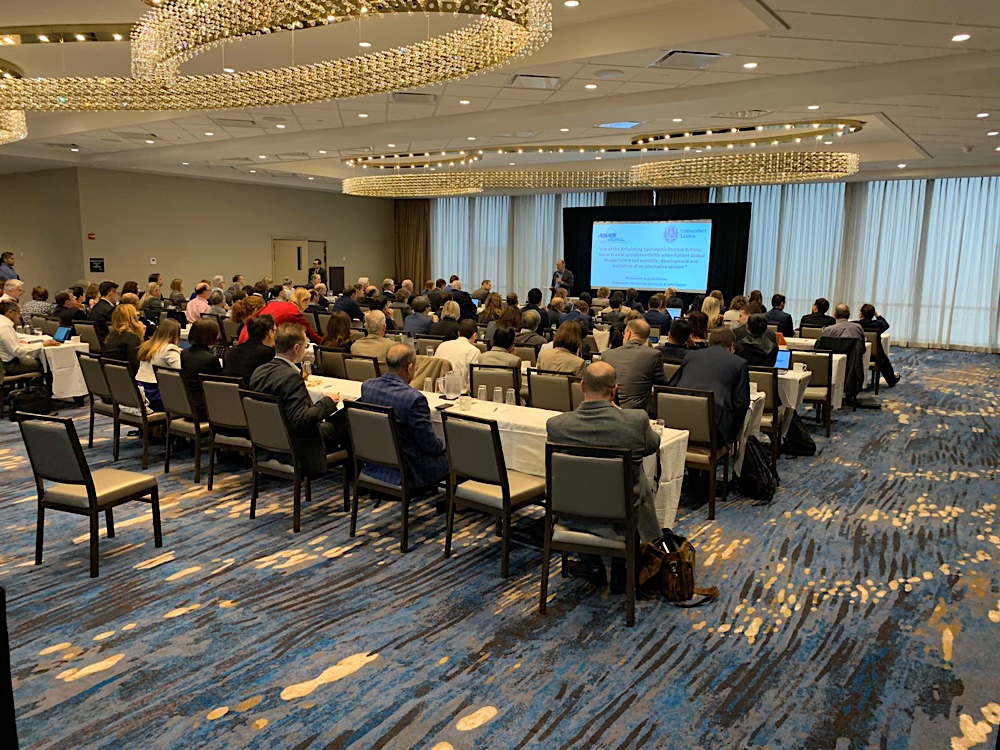 BerlinCaseViewer: From a Case Collection to the App

Incidentally the BerlinCaseViewer has its focus on rheumatic diseases and their timely detection. For this project the rheumatologist Joachim Sieper and the radiologist Kay G. Hermann put together an extensive case collection. In cooperation with IT specialists Razvan Radu and Martin Fischer an app was developed that brings high resolution image data sets with relevant clinical information directly to the iPad.

With interactive tests and virtual case conferences the BerlinCaseViewer app playfully leads through different cases, and permits medical learning on the cutting edge. The app-based e-learning tool is aimed at medical students as well as interested doctors from different fields. With its main emphasis on rheumatic diseases the BerlinCaseViewer also convinced the ASAS International Society. 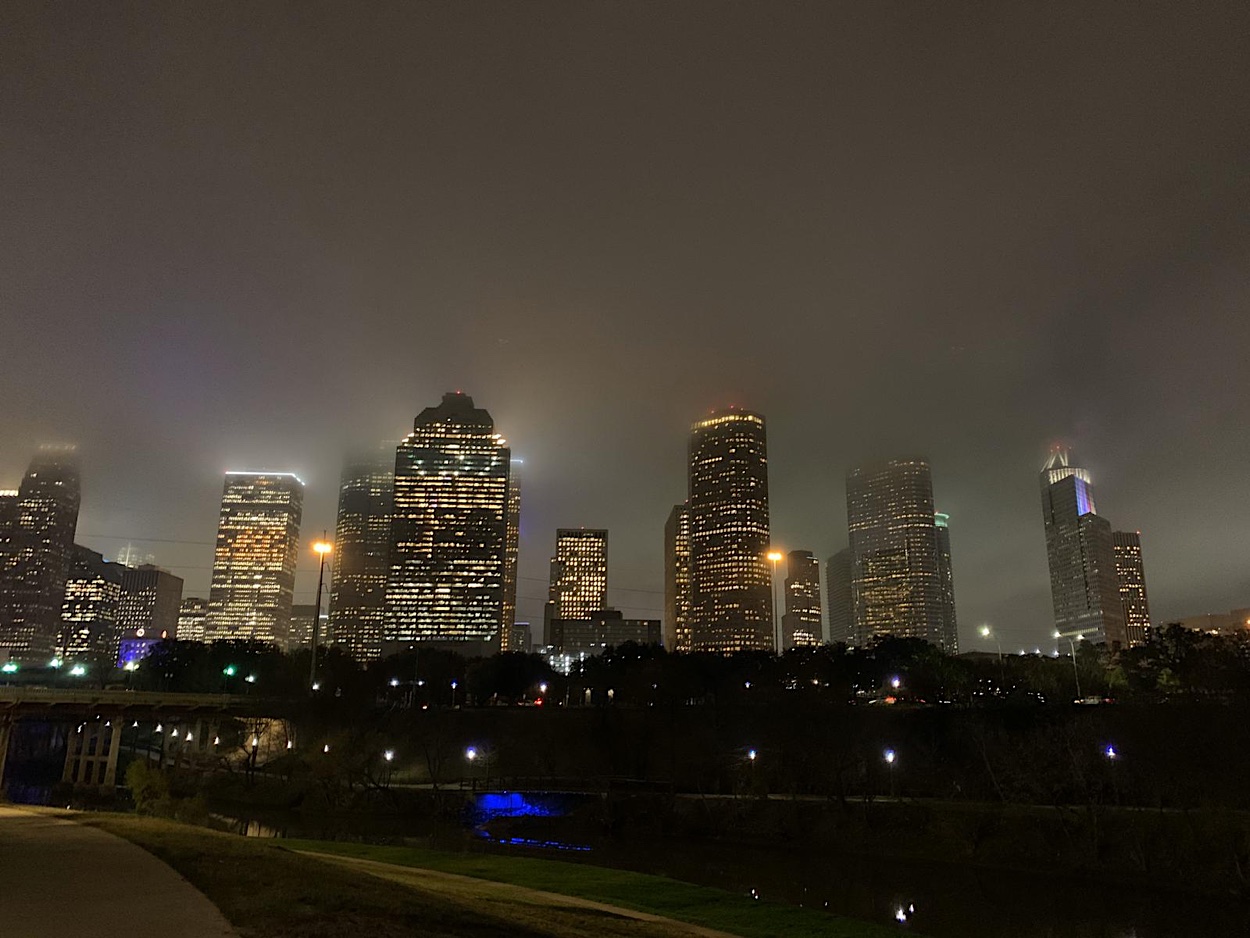 The ASAS International Society long-since supports training doctors in diagnosing spondyloarthritis. To this end the ASAS, amongst other things, provides the ASAS Slide Library including more than 500 PowerPoint slides in 14 languages free of charge.

At the conference in January the ASAS introduced a new e-learning tool (ASAS Case Library), which was developed at the initiative of rheumatologist Denis Poddubnyy. In order to create a collection of real cases he joined forces with Kay G. Hermann of the BerlinCaseViewer team. Joachim Sieper supported the project as professional advisor. The IT solutions that Martin Fischer and Razvan Radu developed for the app, turned out to be a preeminent base for the new web-based tool.

With the aid of Mikhail Protopopov, another rheumatologist from Berlin, a year’s effort was put into collecting fascinating cases of axial spondyloarthritis. Said collection now features typical differential diagnoses ranging from fractures, degeneration of the spine and strains of pregnancy to tumors. The project was supported by the ASAS.

Digitalization of Medicine: An App for Doctors and Patients

The digitalization of medicine has become a catchphrase in the media. Yet, which benefits can patients and doctors actually expect from new technologies? The BerlinCaseViewer lends its powerful and rocket-fast image viewing engine to the ASAS case collection. With IT and medicine working in tandem, a slick image viewing unit was created that is beneficial to many. In Houston, Denis Poddubnyy presented the background and prospects of the project. Meanwhile, Kay G. Hermann showcased the full scope of functionality in front of a live audience.

The newly developed system should benefit early detection of axial spondyloarthritis, and thus offers the potential for timely treatment. The ASAS tool is available free of charge to doctors and other healthcare professionals worldwide. With a growing expert community, the case collection will increase and improve constantly.

The recently introduced tool could act as a basis for yet to be developed app- and web-based applications of different fields. We are curiously anticipating which future projects the BerlinCaseViewer can support.

Head over to the ASAS Online Case Library! 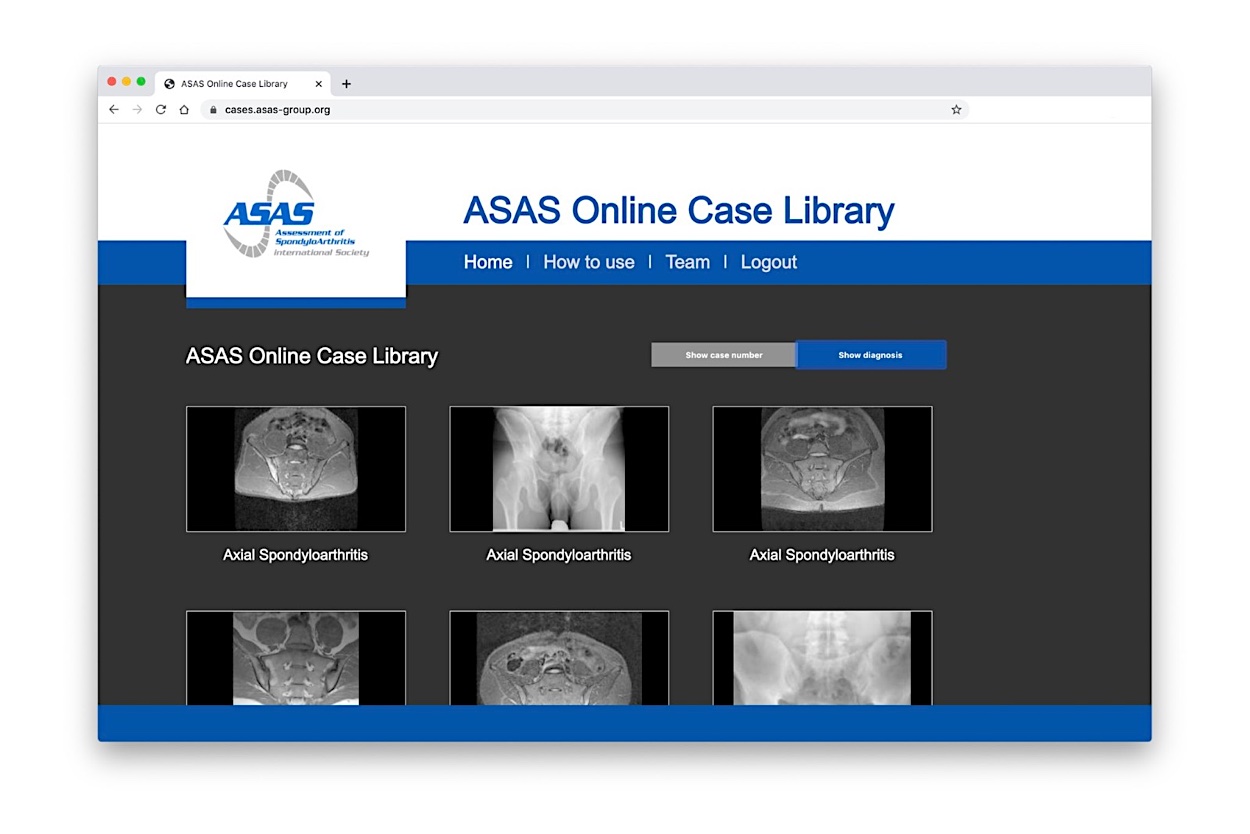 How to learn with TikTok and BerlinCaseViewer: Radiology in your feed Detection of COVID-19 on CT Scans: BerlinCaseViewer as a Training Tool during the Current Coronavirus Pandemic Update: Our app is now even more convenient thanks to these functions These features come with the new BerlinCaseViewer version
0 replies

Want to join the discussion?
Feel free to contribute!